October 8, 2017 14 comments By Marcelle I may earn money from products/companies mentioned in this post. This post may contain affiliate links. I may earn a small commission, at no extra charge to you, when you shop through my links. You're support is greatly appreciated! 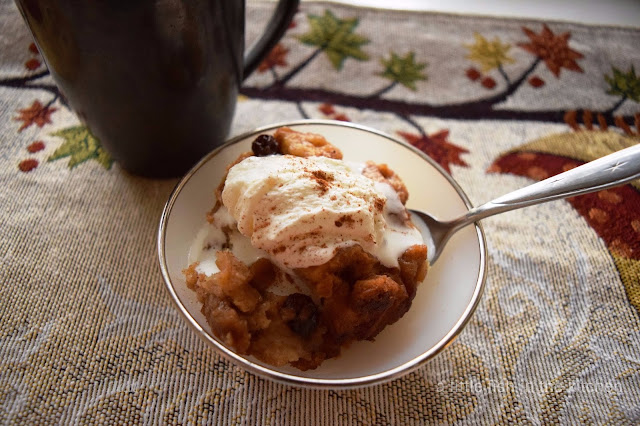 There are many recipes for bread pudding out there that (as with every dish ever made) range from really simple and to really elaborate. However, bread pudding is one of those classic dishes that is just seriously good stuff even in it’s most simple form.  It’s certainly a popular and versatile dish and in my little opinion, a good custard-y bread pudding is the quintessential comfort food dessert. 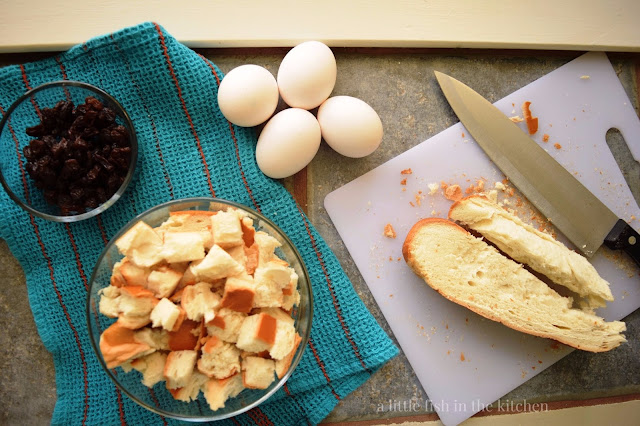 I was completely new to bread pudding as recently as two years ago (shocking I know, but I grew up in a rice pudding family, okay?!) and truthfully, I was inspired to try it for the first time by watching competitive cooking shows. I’ve enjoyed watching Chopped on Food Network, as well as other similar-style shows, for years and if you’ve ever watched any competitive cooking show you’ll know that bread pudding is regularly served up by someone in the dessert round. 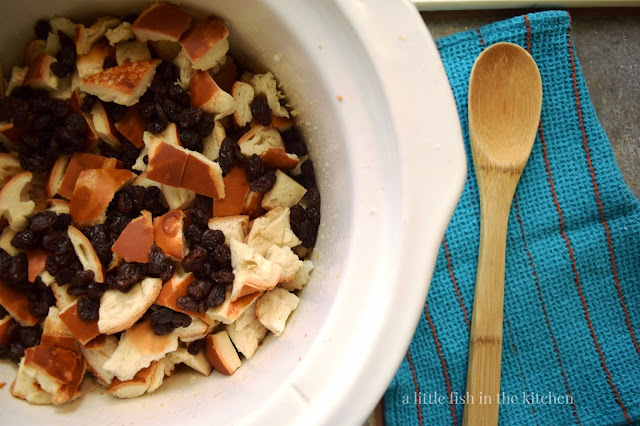 So, based on the sheer multitude of times I watched some hopeful participant offer up a form of bread pudding in the heat of competition, I finally decided I had to see for myself what all the fuss was about. 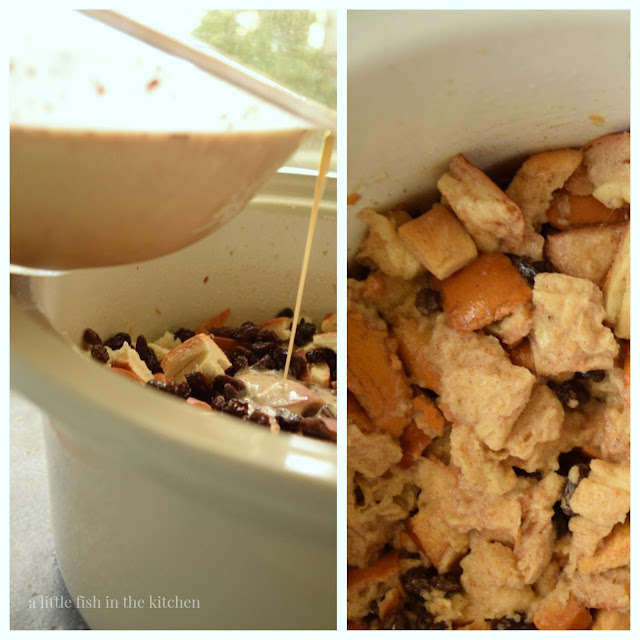 After reading many, many recipes for bread pudding I couldn’t wait to try it.  After all of my research into ingredients and methods for the dish, it seemed to me that bread pudding was kind of a cousin to French toast and definitely a relative of a savory egg strata (and I love strata!). 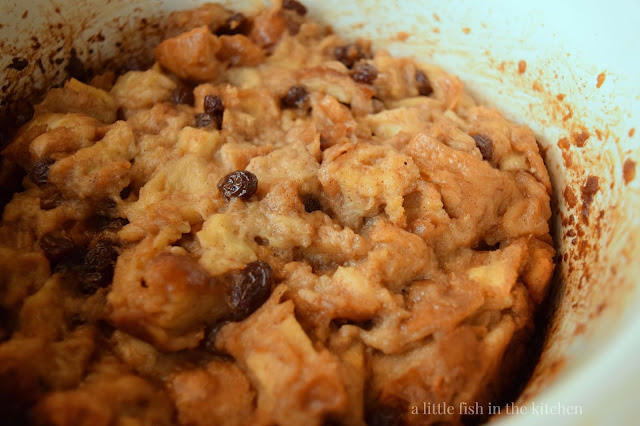 Needless to say, once I finally tried a dessert plate full of homemade, old-fashioned bread pudding, it was definitely love at first bite! I’ve made bread pudding many times since then and I’ve also tinkered around with more exotic and seasonal ingredients when making it, but this simple cinnamon raisin version is my all-time favorite recipe for the dish…so far.

NOTE:  I recommend using a plastic slow cooker liner if you won’t be available to stir the bread pudding a time or two as it cooks. Even on the lowest setting, it can stick to the sides of most slow cookers. Also, I only own a 5-quart slow cooker, so this recipe is meant for a slow cooker that size. Adjustments will need to be made for appliances that are different sizes.

The Sunday Supper Tastemakers are all sharing some of their favorite comforting slow cooker recipes this week too so be sure to visit the links to more terrific recipes and posts below! Thank you to our host this week, Em Beitel, and be sure to check out her blog, Life Tastes Good.

1. In a small bowl, melt the butter and set it aside and allow it to cool slightly. Lightly spray slow cooker crock with non-stick cooking spray and place cubed bread into the crock. Evenly sprinkle raisins on top of the bread cubes.

2. In another medium size bowl, crack eggs and lightly beat them. Stir the cinnamon, nutmeg, vanilla and both the sugars into the beaten eggs. Next, pour the milk, heavy cream and butter into the eggs mixture and stir all ingredients until just combined.

4. Cover and allow to cook on the low setting for 3 hours. (I like to stir the bread pudding a least once each hour it cooks. it reduces how much it sticks to the slow cooker crock)

5. Serve warm and top with whipped cream (for breakfast!) or vanilla ice cream (for dessert!), if desired

Join the #SundaySupper conversation on twitter on Sunday! We tweet throughout the day and share recipes from all over the world. Our weekly chat starts at 7:00 pm ET. Follow the #SundaySupper hashtag and remember to include it in your tweets to join in the chat. To get more great Sunday Supper Recipes, visit our website or check out our Pinterest board. Would you like to join the Sunday Supper Movement? It’s easy. You can sign up by clicking here: Sunday Supper Movement. 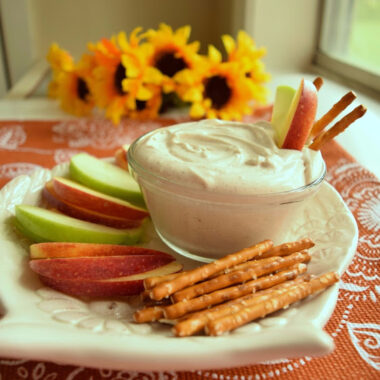 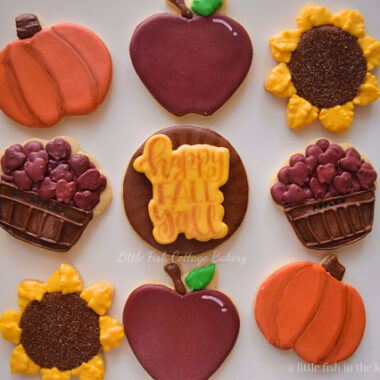