January 28, 2018 26 comments By Marcelle I may earn money from products/companies mentioned in this post. This post may contain affiliate links. I may earn a small commission, at no extra charge to you, when you shop through my links. You're support is greatly appreciated! 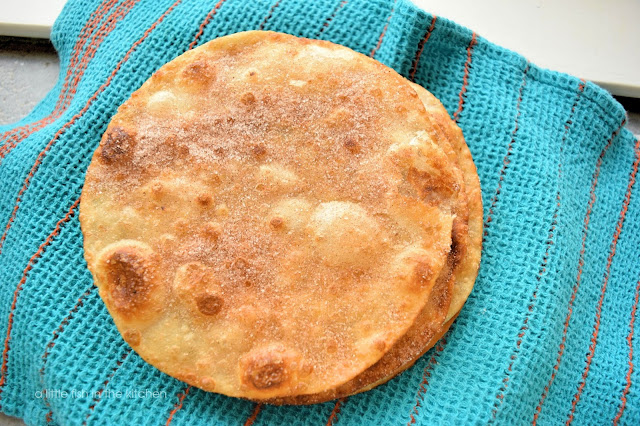 Most Latin countries have some version of sweet fritters called buñelos. These crunchy, round Mexican-style buñelos are the version I know and love. These golden-fried goodies are made fresh and sold in many locally owned and chain bakeries in my neck of the woods, but they are a cinch to make at home.

As a dessert, Mexican buñuelos are as straightforward a dish as they are easy to make. They are basically fried flour tortillas that are sprinkled with cinnamon and sugar when they are fresh out of the frying pan. 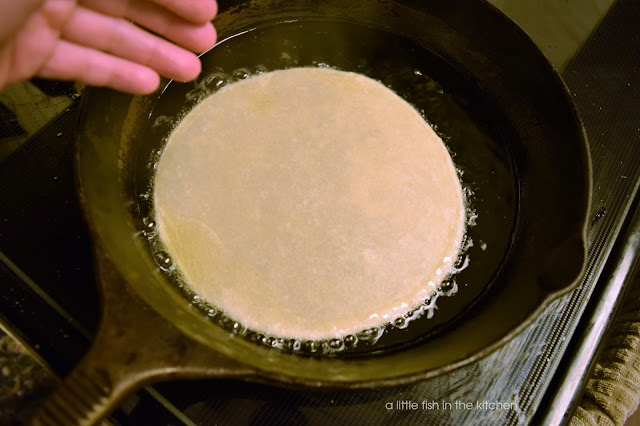 I love to make these crazy-easy, time-saving treats for my family and there are two simple methods I use to make them:  homemade and semi-homemade. Both versions of these Mexican buñelos are equally tasty and the only difference is a small amount of hands-on time to cook them. 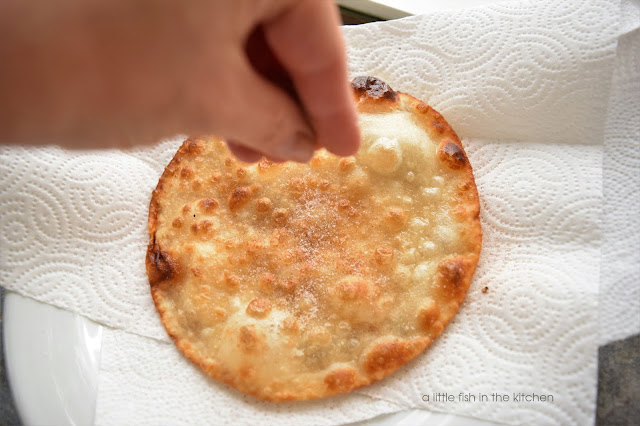 When I have the time to make these completely from scratch, I use my favorite homemade flour tortilla recipe and then fry the rolled tortillas in oil to make this dessert. Homemade flour tortillas are incredibly easy to make and they make the best buñuelos! However, if I’m in a pinch for time, I’ll use store-bought, pre-made, uncooked flour tortillas to shave about 30 minutes off of the prep time. I’ve never had a complaint no matter which way I’ve made these cinnamon-sugary treats. 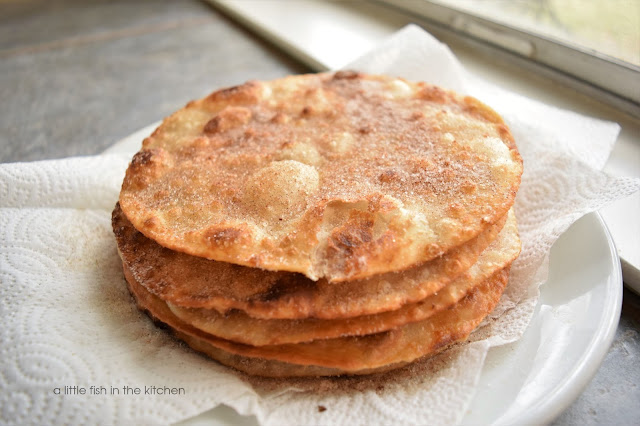 For game day, these simple, spiced fritters will make a perfect addition to your snack table. You can serve them as whole rounds or you can use a pizza cutter to slice the uncooked tortillas into triangle-shaped wedges, like tortilla chips. Once they are sliced, follow the recipe, fry them, then remove them from the pan with a slotted spoon and sprinkle them with the cinnamon and sugar. Cutting them into chips will also make a batch of buñelos stretch a bit further, especially when you’re cooking for a crowd!

The other Sunday Supper Movement bloggers are sharing suggestions for tasty game day snacks too, be sure to check out there post links below!

Instructions:
1.  Combine cinnamon and sugar in a small bowl, stir and set it aside.  Heat oil to medium heat in a cast iron or other skillet.
2. Fry each tortilla, one at a time, for a about 30 seconds on each side, flipping with tongs. Remove fried tortilla from the pan and transfer to a plate lined with paper towels.
3. Sprinkle both sides of the buñelos with cinnamon and sugar while they’re warm.  Serve and enjoy!

The Sunday Supper Movement is committed to bringing our readers delicious recipes that encourage them to gather and eat together around the family table. Search for your favorite ingredients on our Sunday Supper website. Also check out the Sunday Supper Pinterest boards for plenty more ideas and inspiration. 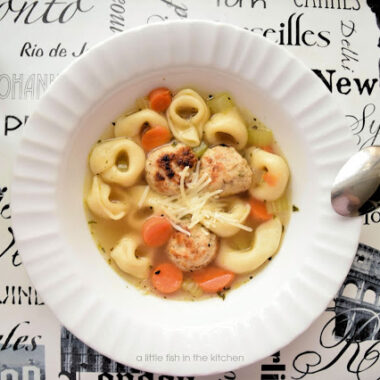 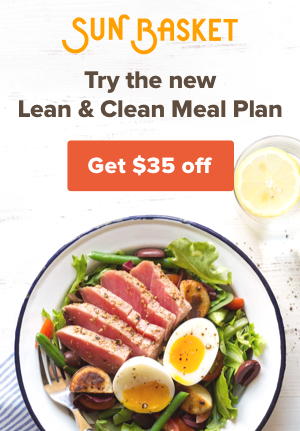