March 14, 2016 17 comments By Marcelle I may earn money from products/companies mentioned in this post. This post may contain affiliate links. I may earn a small commission, at no extra charge to you, when you shop through my links. You're support is greatly appreciated! 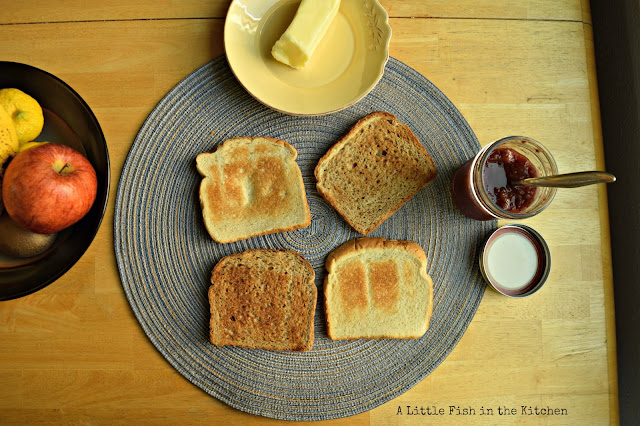 Toast is quite possibly the ultimate quickie breakfast. In heat of the morning rush, it just doesn’t get easier than plopping sliced bread into the toaster, right? After just a few minutes in the toaster, those warm slices of bread cheerfully pop up, smelling like heaven and just begging for something delicious to be slathered on them.
Assuming that you own a toaster, of course, it’s an understatement to say that toast is a breeze to prepare. But, you also can’t discount the huge convenience factor that come with choosing toast for your breakfast of champions: two pieces of toast easily convert to a breakfast sandwich. Seriously, if you’re in time crunch, just smack two pieces of toast (and whatever’s between them, of course) together, wrap a napkin around the bottom and voilà – it’s an ultra-portable breakfast sandwich!
For half of my life, I played it pretty safe with my breakfast toast giving those perfectly golden, crunchy pieces of bread a good smear of peanut butter or butter and jam. Ironically, back then I enjoyed all kinds of toasted sandwiches for lunch and dinner, but the idea of toast for breakfast with savory toppings, other than eggs, was a far out concept. As it turns out, I just didn’t know any better.
When I was in college (a really long, long time ago), I began traveling alot and after I graduated, I lived abroad for quite some time. I lived in San Juan, Puerto Rico and traveled extensively around the Carribean for several months. Eventually, through many twists and turns of life events, I even had an address in Stockholm, Sweden for a while. Let me you tell this: the Swedes know how to do bread for breakfast.
It was the daily breakfast meals I enjoyed in Sweden that forever changed how I see toast for breakfast. A typical breakfast in Sweden consists of yogurt, muesli, and various types of rye toast and cracker bread. The bread is eaten with any number of sweet and savory toppings such as liver pâté, caviar-based spreads (yep, caviar!), several varieties of pickled herring, sweet pickles, cheese, fresh fruit, cucumbers, tomatoes and lots butter. They eat these foods, interchangeably, with the bread as open-faced sandwiches.
Once I loosened up enough to try it, the Swedish breakfast sandwich combination of liver pâté and sweet pickles on rye cracker bread swiftly became my all-time favorite. Boy, I avoided trying liver pâté for the longest time, but once I gave it a taste I was hooked. It was delicious! Believe me, I would never, ever have put those two ingredients on a breakfast table, let alone a breakfast sandwich, if I hadn’t been immersed in something as amazing as Swedish culture.
To this day, my favorite breakfast sandwich is still a toasted piece of pumperknickel bread, topped with cream cheese, cucumber slices, smoked salmon, fresh dill, freshly cracked pepper and a teensy squeeze of lemon juice. 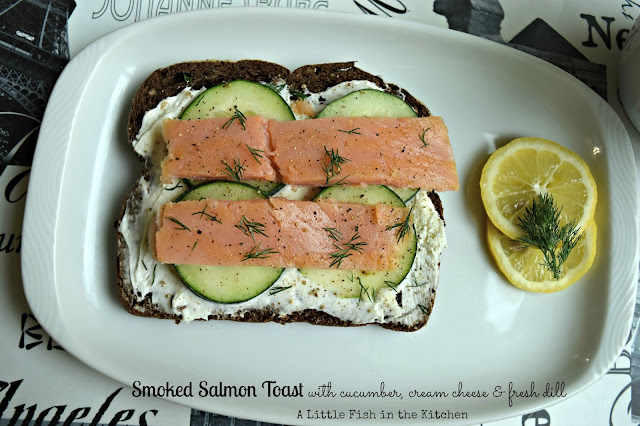 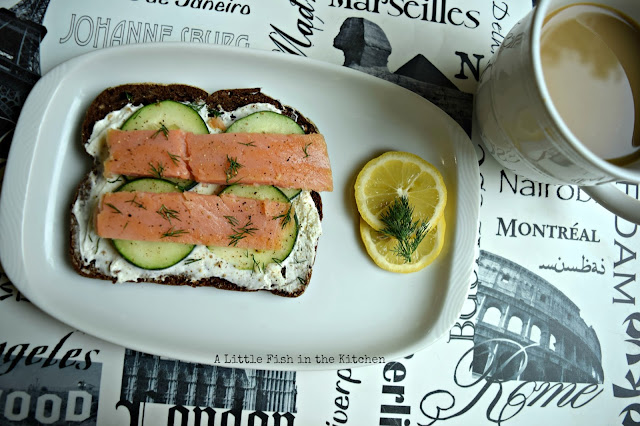 Since that time, I don’t discriminate and I put almost anything on toast. I also really enjoy pairing creamy ricotta cheese with fruit on toast. Another one of my favorite weekday breakfasts is a tropical-style, fruit mishmash with sliced kiwi, strawberries and toasted coconut on whole wheat toast. I usually pre-slice my morning fruit selections the night before and pan toasting sweetened coconut takes just a minute or two in the morning.
Fruit on toast is so good and good for you too! 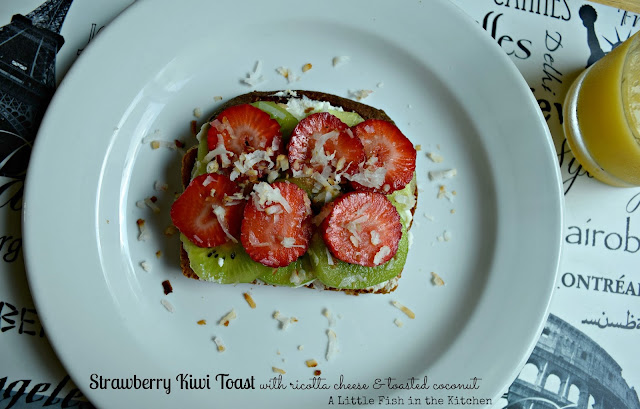 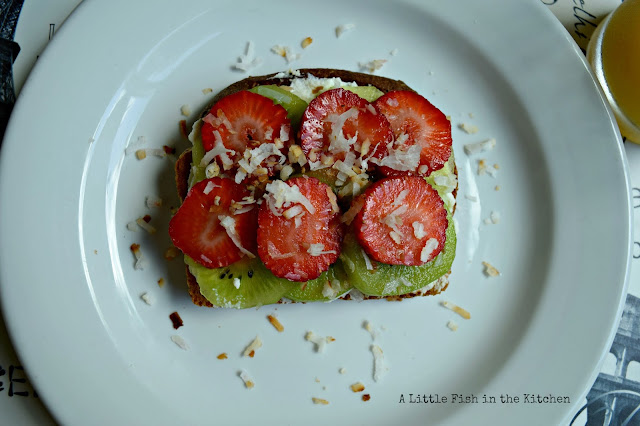 There are plenty of other types of specialty toppings I enjoy, but I will save those for another post on toast! 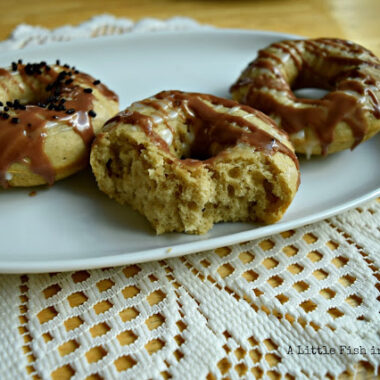 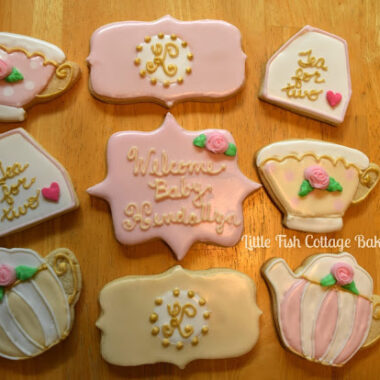 Leave a Reply to Beth Cancel 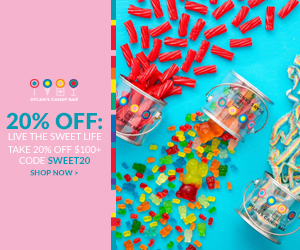